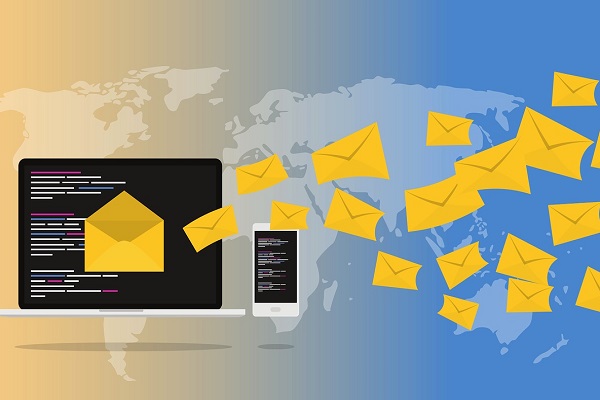 Pennsylvania – Today is the final day to be able to sign up to vote by mail during the June 2 primary election.

You do not have to vote by mail… it’s just another option that is available for registered voters.

A mail-in ballot is very similar to the absentee ballots that were already used in Pennsylvania, with the difference being that you don’t need an excuse to vote by mail.

If you are already registered to vote in Pennsylvania, you can visit VotesPA.com to sign up for a mail-in or absentee ballot.

The deadline is today at 5 p.m.

If you would like to vote in the primary your usual way and are already register, you don’t need to do anything except for show up at your polling place on June 2 to vote.

Harrisburg, PA – This is the first year that Pennsylvanians will be able to vote by mail-in ballot, which is similar to an absentee ballot, except for you don’t have to give a reason why you won’t be able to go to your polling place. Pennsylvanians, of course, can also still vote in person.

Governor Tom Wolf and Pennsylvania Secretary of State Kathy Boockvar gave an update on how the state is preparing for the election.

“We are in an unprecedented time and are facing a major public health crisis in a presidential election year,” said Governor Wolf. “I want Pennsylvanians to know that they have options for how to cast their ballots, including both voting by mail and voting in person. Voting is the cornerstone of our democracy, and Pennsylvanians can still cast their ballots while keeping themselves safe and healthy.”

Mail-in ballots are new to Pennsylvania because of Act 77 of 2019, which Governor Wolf signed last year as part of the state’s most sweeping election law improvements in 80 years. The law created the option of mail-in ballots with no excuse needed, along with later deadlines for voter registration and for returning mail-in and absentee ballots.

“Our priority is to ensure the integrity of our elections while also keeping Pennsylvania voters safe,” Secretary of State Kathy Boockvar said. “Voting by mail-in ballot is a secure way to vote from the comfort of your own home and to make sure that your voice is heard on election day.”

The Department of State has seen a significant increase in mail ballot application requests since the onset of COVID-19 in Pennsylvania. To date, 948,831 applications have been submitted for mail-in and absentee ballots.

Due to the COVID-19 crisis, in March the Pennsylvania General Assembly passed, and Governor Wolf signed Act 12 of 2020, which rescheduled the primary election and made additional changes in the process for voters as well as county election officials.

Registered voters have until 5:00 PM, May 26 to apply for a mail-in or absentee ballot and until 8:00 PM on election day to return their voted ballot. Voters who applied for a ballot before the change of election date do not need to apply again, but voters whose address has changed should contact their county election office.

Act 12 also allows counties to temporarily consolidate polling places more easily as they work to relocate voting sites, including those in locations such as senior centers. The Department of State is working with counties as they develop their consolidation plans to ensure that convenient, accessible locations will remain, and the public is informed where locations will change.

To assist counties during this extraordinary time, the Wolf Administration will provide counties with federal funds from the recent CARES Act and from a prior appropriation on election security and technology. Counties will be able to use this funding to send informational mailings to voters, purchase equipment and protective supplies, promote and facilitate mail-in voting, increase needed staffing, and take other actions to improve election administration and voting safety and security.

Additionally, the Department of State is procuring precinct infection-protection kits so poll workers can maintain a safe voting environment at polling locations on June 2. These kits will include masks, gloves, hand sanitizer, floor-marking tape and other sanitizing supplies and will be provided to the counties at no cost.

The Department of State has launched an awareness campaign, including sending 4.2 million postcards to primary voters to inform them about the new primary election dateand how to apply for a mail-in ballot. The department is also working closely with counties to ensure that voters, poll workers, and election officials have the resources they need to be ready for election day.

For more information on the new mail-in ballots and all things related to voting in Pennsylvania, call the Department of State’s toll-free hotline at 1-877-VOTESPA (1-877-868-3772) or visit votesPA.com.

Listen to the full interview we did with Dan Carey, from the PA political action group Indivisible We Rise, about the new June 2 primary date and the ability for Pennsylvanians to now cast their ballots by mail.